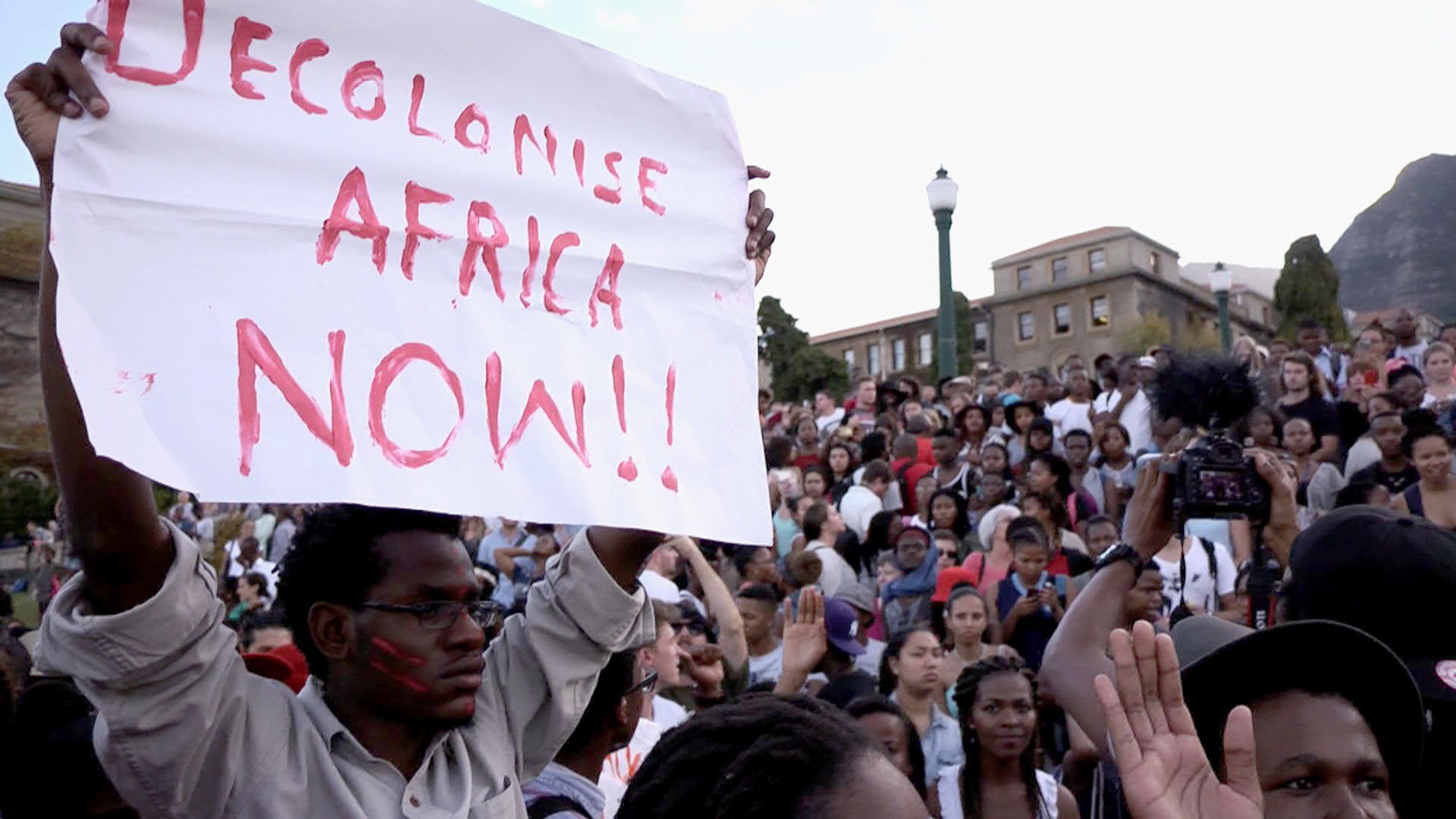 “Decolonization, which sets out to change the order of the world, is clearly an agenda for total disorder. But it cannot be accomplished by the wave of a magic wand, a natural cataclysm, or a gentleman’s agreement.”

…definitely not a gentleman’s agreement. This is at least the sense I get when news of #ShackVille #FuckWhitePeople and #TuksLanguagePolicy reach my fingertips, but a more engulfing sense is one of imminent death and destruction upon the realization that the State does not have answers to the questions we pose as Blacks.

Wilderson III seems to have been right, I mean, there are times I wished he was not, but it seems he was. Black people’s demands to the world are insatiable. We pose a problem to the world because it has taken from us that which not even language can fully grasp. When #RhodesMustFall confronted UCT with #Shackville, the structure and those it privileges could not, and of course still cannot, contend with this dilemma, because #Shackville speaks beyond the problem of student accommodation, it brings the whole gamut of Black problems face to face with White privilege really, a sharper demonstration of the Sandton-Alex juxtaposition if you like. #Shackville demonstrated with clarity just how Whiteness feeds on the derided state of Blackness to uphold its lofty walls and structures.

#TuksLanguagePolicy and #FuckWhitePeople also comes with its own revelations, perhaps better articulated by Fanon himself when he says; “The colonized man is an envious man. The colonist is aware of this as he catches the furtive glance, and constantly on his guard, realizes bitterly that: “They want to take our place.”…he goes on to say, “In the colonies the foreigner imposed himself using his cannons and machines, despite the success of his pacification, in spite of his appropriation, the colonist always remains a foreigner.” And of course we’ve grappled with these sentiments in demanding our own languages in institutions of higher learning, and really our own place in our own land. I mean, no matter with how much vigour some of ‘them’ may proclaim that they’re “Afrikaner”, we come back with the vehement retort “In whose Afrika?”

With the State’s apparent incapability to deal with these problems, you begin to sense that the world, the White world, is starting to dislocate at its joints, to rip apart at the seams, with every probe from our side. What I am saying is, we’re somehow beginning to overload the system, and in not too long it may very well burst open and explode, prompting civil war. An elevating sense of self-worth and justified entitlement means our aspirations as Blacks are not in sync with civil society anymore, precisely because the white world is wholly dependent on a permanently defeated state of Blacks for its own nourishment. With this in mind, it is somewhat clear that there is no going back. Things will never get back to “normal” again.

This is of course a call to fight on, to go for the jugular really. We have realised that the problem is not kakistocracy, the misgoverning of people by some reprobates in the ruling party, no, the problem is the State itself, the world itself.

There’s really little-to-nothing to lose, not even life itself because ours is a fatal kind of life, and the sooner we internalize this, the better. It’s well-nigh revolution. What are we prepared to sacrifice?