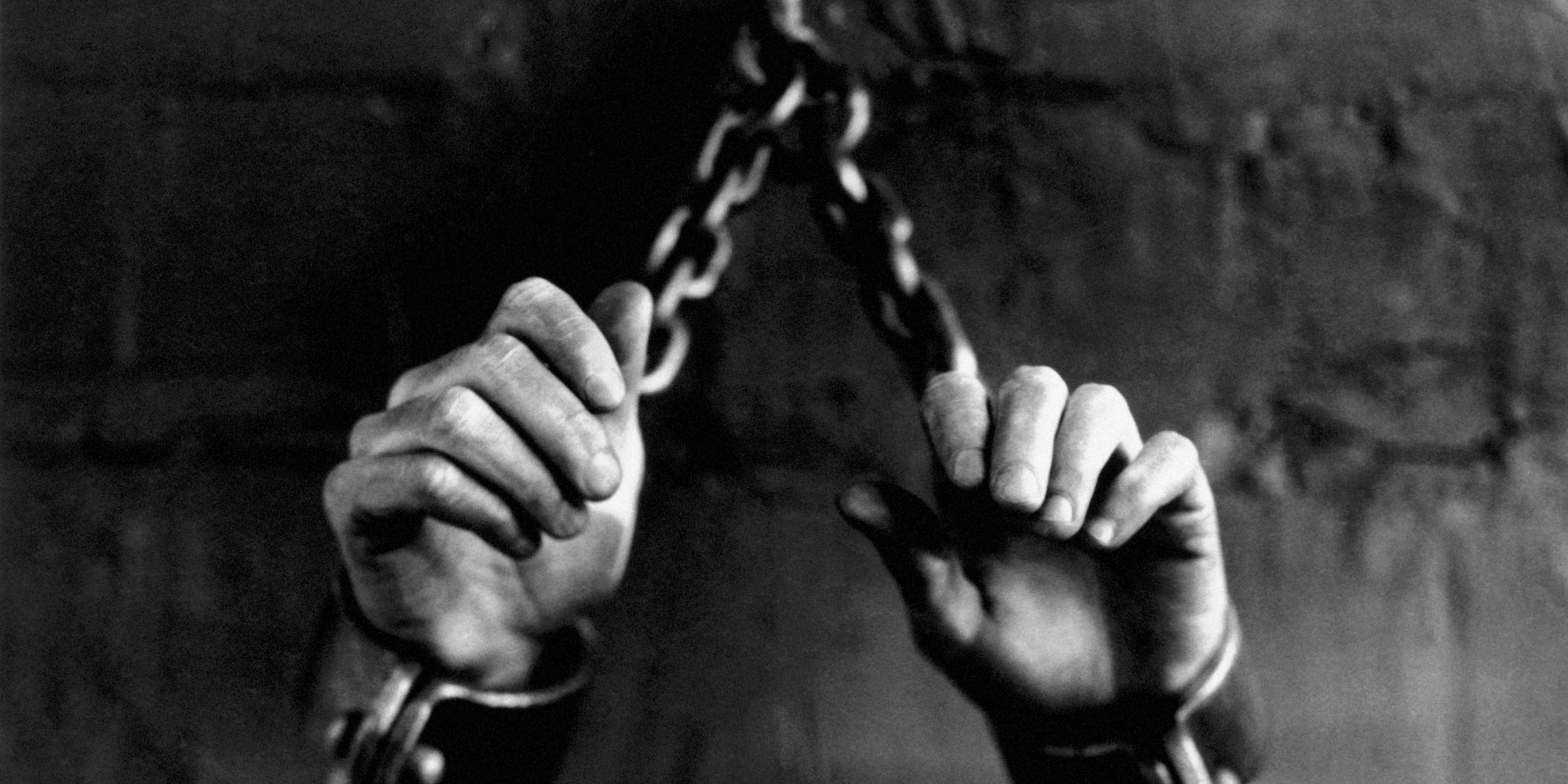 An assumption we often make is that we do what we consciously choose to and think what we have consciously reflected about. But the reality is quite different.

This assumption that we are fully in control of the process of decision making in our mind is false and puts us in a very dangerous position in that we are more open to outside influence. As I like to say, the brain has a mind of its own. We don’t make all our decisions consciously, we don’t always construct our perception of truth and reality, our world views either. Doing all of this consciously takes more time. To speed things up, our brains use different mechanisms to help us acquire knowledge and make decisions. And the fact that those processes happen without us being aware of it make it very important to understand how the mind works.

There are many mechanisms used by our brain to help us evolve in our environment, but we, at some point, have to control them or they work against us in some cases. Just like some principles shouldn’t be applied everywhere, those mechanisms are not beneficial in every circumstance.

We are in a constant state of learning; the brain is always collecting information to understand the environment so as to adapt to it, to make our choices smoother, our reactions faster, to optimize our activities. The issue is that the brain interprets this information in a simple manner, for the process to be fast it has to be simpler, not as complex as we would do it consciously. The consequence is that we not only can learn inaccurate information but also bad behaviours and find ourselves doing what we shouldn’t do. In fact whenever we have to make a decision, the brain gives us suggestions based on the related information we have stored in our memory. And the more memories, images, sounds and thoughts we have of something the stronger the suggestion is. So the more we are familiar with something is the more we are prone to do, accept, believe or love it. This is how publicity works, giving people images, sounds, information that will come back to them as suggestions to make their choices. And this is also how propaganda works, how people can make us believe things that are not true, accept the wrong as right, look at criminals as heroes and even venerate our oppressors. Depending on the individual, it can be very effective or not.

The other key element is the emotions that give validation to an information or idea. Our emotions play a key role in shaping our mindset, but in many cases, reason and critical thinking must prevail over emotions. The trick used by media to mind control the masses is to attach positive emotions to images and sounds of what they want people to like or accept and vice-versa. So how can we get control over our minds and minimize negative outside influence?

The most important thing is first to be able to establish what is in our interest. Before we stick to a certain direction, it is critical to know whether it will lead us where we need to be; otherwise we bind ourselves and never progress. There is nothing wrong about learning from other peoples, but when we are not selective we learn the wrong things.

We are losing our values little by little because we are not selective as to what we learn from western societies. As a result we don’t progress.

We have a critical need for unity, in the spirit of Ubuntu, as we face a global threat (We are victims of a war, silent, but still a war), but instead, we learn European individualism. European greed added to the self-hate and inferiority complex we suffer from is not doing us any good. It produces selfish dictators who don’t mind being in charge of potentially rich countries but are classified as poor; as long as they have some ‘wealth’ from the big masters table. It is then critical to establish what is good for our progress and stick to it.

To walk straight, one has to remind himself of where he is going and make sure they don’t go astray and their choices allow them to get where they’re going. To be given the right suggestions by our brains, we must fill our minds with the right things. We must not take for granted what we know but make sure it still influences what we do.

We have to create an environment, whether outside or inside, that has a positive influence on us. Whether it is watching documentaries and lectures, reading books, discussing with like-minded people or thinking about ways to better achieve what we want to achieve; we need to make an effort to subject ourselves to positive influence. The more we think about how we approach things, the more we shape our future decisions, our future actions.

Another thing to do when receiving information is to classify it as true, false, right, wrong, real or fictional. It will impact the way the brain will bring back the information to you and increase the chances of you making the right choices. It’s not enough to know the value of information, one has to make sure to attach the right emotion to it and train the mind how to interpret or use it.

When you watch or listen to a gangster rap clip, what do you say? Is it cool or is it wrong? What few of us realize is that this culture is a white supremacist construct made to send black youth to prison. And it affects us all (over the whole world), and our youth wants to live this “cool” lifestyle, that gets us nowhere, rather than learning and working to build the continent. Remember, we face a global threat and need global unity. It is so easy to control us and lead us to self-destruction as we are not careful as to what we receive. And we need to keep in mind that all those who look like us are not for us. Some have come to work against our progress in a significant manner. Some are not aware and need to have their eyes opened, but some are aware of the damages they cause and should not be trusted. Globally, in one way or another we contribute to hinder our progress; so we need to adjust, change and do better.

In my 17s I could see how watching movies of white heroes over and over was leading me, unconsciously, to believe that it was the norm for the Caucasians to be great, greater than those I saw around me, greater than our people. So I understand why Marcus Garvey said “The black man must emulate heroes of his own.” Let’s not, then, neglect those details – it matters to those who have eyes to see or have been educated on the matter.

We’ve been, ever since slavery started, flooded with images telling us that we have never achieved anything significant, that we are good at nothing, that “white people”, as they started to call themselves for that same purpose, are the best people there is, the most intelligent and even the most kind after what a great part of them did. As a consequence, we don’t try to know what we are capable of, we don’t dream big. We downplay slavery and colonization, thinking that they have changed because the TV programs we watch tell us that white people are good and we are just backward barbarians.

They come give us vaccines to sterilize our girls to further their population control agenda and we kindly accept it. We make excuses for why some white people are still overtly racist. Why is that? Why don’t we see things for what they are? The answer is our minds have been flooded with fictional information and our brains don’t make the difference between reality and fiction. We then have to make conscious efforts to remind ourselves of what is real and what is fictional and not let information get in our minds without classifying it and sometimes just close our eyes and ears to propaganda.

We will not stop our indoctrination, re-educate ourselves and progress doing the same thing. So, take more time to come to platforms such as this one, engage with people who are more aware of our condition, take time to listen, watch or read about our past and present hidden achievements until the belief in our ability becomes part of you.

I have noticed that even many of those, among us, who are conscious, still don’t believe in our ability to change our condition and some are even scared to challenge the status-quo in a meaningful manner when they have no reason to be scared. No offense, but I’m not in support of ideas and movements that consist in asking the white society for acceptance or better treatment while still in a position of weakness. We don’t need a Black Lives Matter mentality; we need a Black Wall Street mentality. We need to create and control whatever we need without counting on anyone outside of our people. We have to believe we can do for ourselves what we need, we have to believe it!

Like many, I did not know the original name of Egypt for a while long, though I had watched some documentaries about it and despite the global interest on the ancient Egyptian civilization. It was only when I studied the work of Cheikh Anta Diop that I understood why. Cheikh Anta Diop was one of our greatest historians and scholars. He fought, as well as others like Ivan Van Sertima, to establish the equality of the black race through historical realities. Ivan Van Sertima lead the United States Congressional committee to delete the word discovery from the story of Christopher Columbus, as Columbus, himself, said that he saw black people when they came, on his side. Cheikh Anta Diop led European and Arabic scholars at a UNESCO conference to surrender and accept that the ancient Egyptian civilization was African. He showed among other things the connections between the Egyptian language and many African languages. There are around 130 words that are identical with Wolof, his language. The word “kam” mean black as coil in Wolof and dark in the ancient Egyptian language; so Kemet, Egypt’s original name, means the black land and Kemiu, the way they used to call themselves, means the black people.

So yes we can be called black and be great, as long as we don’t look at ourselves through a white supremacist’s lens. It doesn’t matter whether white people recognize that we are the founders of the first civilization or that we went to America before them but it matters that we believe in our ability to lift ourselves up.

Let’s believe we can achieve and get to work, we have a long way to go.