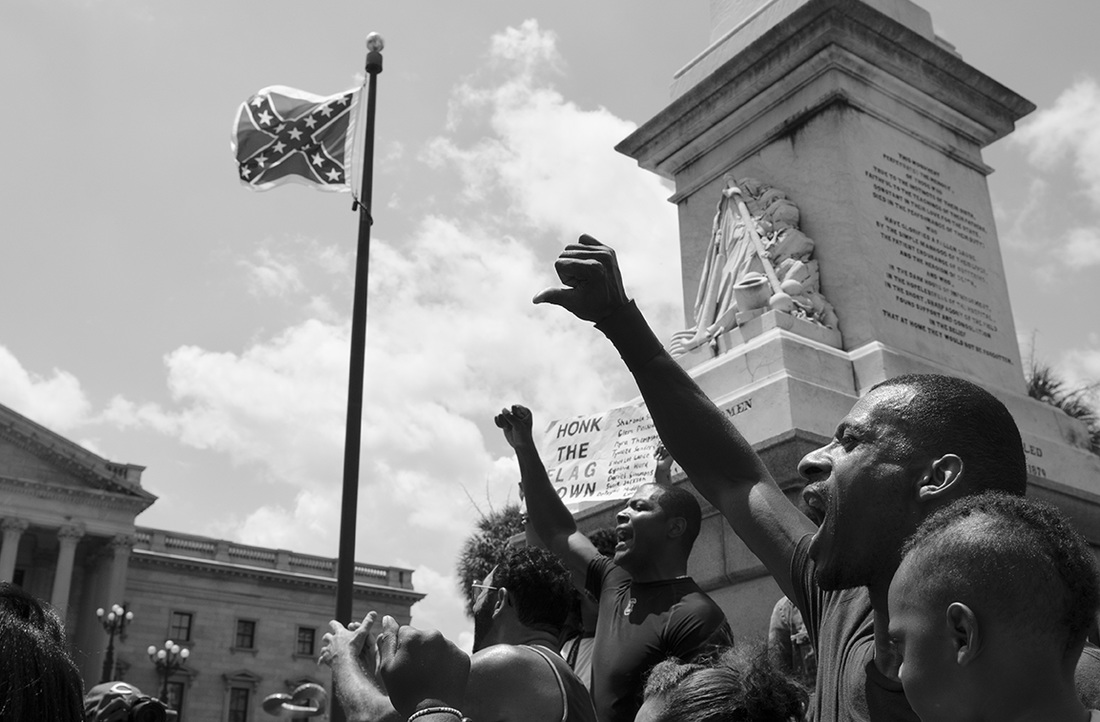 In our attempts to liberate ourselves from the death claws of White Supremacy it is wise to look back and learn from some of the tactics and strategies that were employed by the greatest of our rebellious ancestors. We can look at  the Civil Rights Movement that dealt with  the Apartheid system of the AmeriKKKan South. It was a very important era of Black, African, Liberation struggle because it is there where we saw how the decisive actions of Blacks, Africans, could change the functioning of the white power structure. When Blacks, following the example and brave leadership of Rosa Parks, decided to just get out of the buses and just walk the system became threatened. When they stopped sitting behind the white driver or begging for a seat in front thinking it represented equal treatment; they claimed their Power. They just changed the relationship, changed the nature of power, in that system. When they decided, then, to walk side by side, when they decided to walk up proud abreast and line themselves up, in a way  they had not walked  before, united, determined and conscious of their decisions for the ends to be fought; the relationship changed. When they kept their monies in their pockets, when they sat on the stools and blocked the other people from them, and change the nature of the interactions between themselves and Europeans; the nature of the system changed.

So, therefore we have tremendous Power. But It depends upon how we behave and align ourselves as a people, and how we decide to relate to other people in the world. Because white people can not have what they have, unless we are who we are. And that is why we don’t have to waste a great deal of time always appealing to them, and analysing them, because we can better appeal to our own sense of self, and our own consciousness. We waste a lot of time trying to transform them when through transforming ourselves they will be transformed automatically.

There can be no white supremacy without Black, African, participation as stated by Dr Umar Johnson. The Power is in our hands. We are not destined to be the servants of white folk, that is not the destiny of Black folk – no way. And we have to change this idea, because many of us are still operating on that concept. Protest, Revolt and Revolution doesn’t have to be a difficult, violent or a sophisticated process. By simply changing our day to day, every day behaviour, by changing our assumptions on who we should be and how we should behave we can change the nature and dynamics of the white supremacist capitalist patriarchal system. By simply denying the people who oppress us any money from our pockets, by refusing to become mindless, over consumptive and low self esteem drones! And instead very deliberately, diligently and with discipline start using all of our money with Black People who are building businesses and institutions that develop and empower other Blacks, Africans; we can almost overnight change the Political, Social and Economic situation that exists today for the majority of Black, African, People. Up You Mighty Race! Accomplish What You Will!

2 thoughts on “There’s no white supremacy without Black participation.”